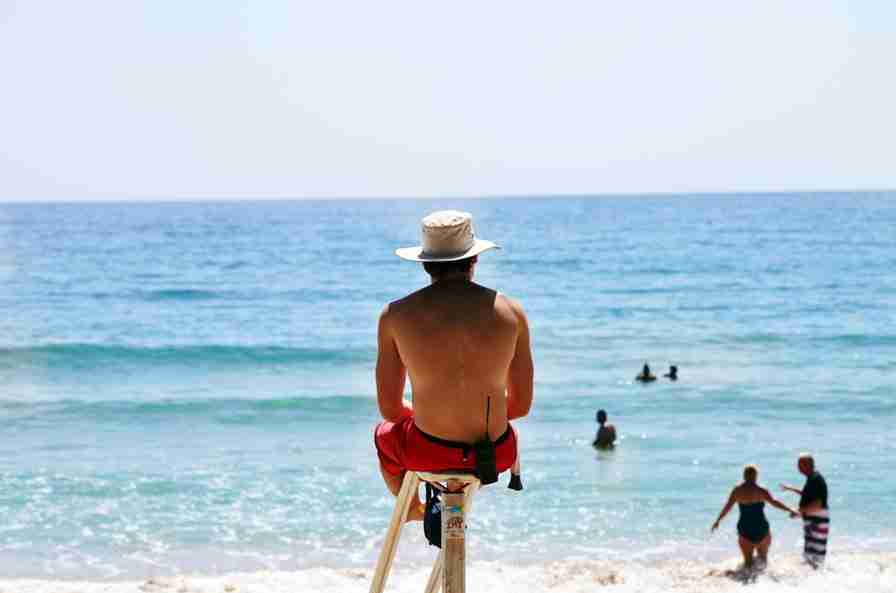 “Rip currents account for 80% of beach rescues, and can be dangerous or deadly if you don’t know what to do”.

Rip currents are powerful, narrow channels of fast-moving water that are prevalent along the East, Gulf, and West coasts of the U.S., as well as along the shores of the Great Lakes.

Moving at speeds of up to eight feet per second, rip currents can move faster than an Olympic swimmer.

Lifeguards rescue tens of thousands of people from rip currents in the U.S. every year, but it is estimated that 100 people are killed by rip currents annually. If caught in a rip current, don’t fight it! Swim parallel to the shore and swim back to land at an angle.